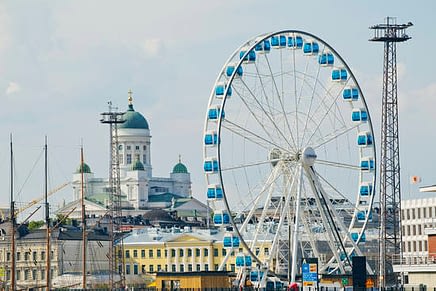 Europe is again one of the most attractive regions in the world for foreign investors, with Finland proving to be an ideal destination for business, according to global league tables.

Ernst & Young’s 2015 European attractiveness survey placed the Helsinki-Uusimaa region as the seventh best European city for businesses and foreign investors. Helsinki receives the majority of inward investments in Finland. The 2015 survey is based on economic data from 2014. 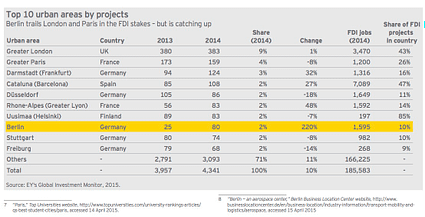 Finland was ranked ranked eleventh compared to our European neighbours. The previous year Finland ranked ninth in the survey and witnessed a 44% increase in FDI.

In 2014 Finland also first made an appearance in the EY league Top 10 as the fastest growing city for FDI, according to EY European Investment Monitor (EIM) figures. This increase was “mainly driven by new sales and marketing operations, especially in software and business services.”

Given the improving economic outlook for Europe, investors are now more confident than ever about the future.

Win the talent war in Helsinki

Helsinki is home to one of the most highly skilled, well-educated workforces in the world. Over a third have higher education degrees, with the region acting as a hub of innovation and R&D facilities.The availability of competent labour is one of the most important factors influencing FDI decisions, according to several reports and surveys over the years.

The 2014 – 2015 World Economic Forum Global Competitiveness Index placed Finland number one out of 144 countries for higher education and innovation. The WEF ranked the country fourth overall, in their survey of national competitiveness.

Within a European context, this puts Finland in a strong position to compete for inward investment. Sweden, the UK, United States, France and Norway are the top five investor countries, with most of the 229 foreign-owned companies picking the Helsinki Region as their base of operations in Finland.

Statistics Finland data will be released later in the year, but many expect it to show year-on-year growth for 2014, supporting the Ernst & Young survey results.

Helsinki is considered ideal for a few reasons: location, global connections, a highly educated workforce and quality of life, which is perhaps why it receives 83% of Finland’s overall FDI.

Whilst investor appetite for risk has increased, those looking for returns are placing safer bets, which explains the gains made in Western Europe & North America (5 and 8 points respectively, since 2013), at the expense of China and Central & Eastern Europe (minus 6 and 1 point, respectively).

FDI projects and jobs in Europe.

For investors wanting to place a safe, but profitable bet, the most recent data (for year-end 2013) shows that for €63.2 billion invested, Finland can generate €2.7 billion in returns (4.3%).

Whether businesses or investors are looking for merger & acquisitions opportunities, make an investment, or establish Baltic operations or R&D facilities, Finland and the greater Helsinki Region has a lot to offer.