“Call me back on WeChat,” replies Monita Mo when I call her from Helsinki on Tuesday morning. I open the app, see my very modest list of contacts on WeChat and send a friend’s request, making a mental note to myself – calling a China-based investor? Better use WeChat.

It is 5 pm in Beijing, the business day is in full spate. Monita finishes her meeting and hops on the phone. She is a serial entrepreneur who has started three successful companies, including Ascend Capital Partners. Originally from Hong Kong, she studied in the US and started her career at New York-based Arthur Andersen focusing tax planning and international cross-border transactions. Monita worked there for 9 years, all the way until 1992.

Back in the days, China was not a place to start a business – private businesses generated less than 1% of economic activity in the country. In the early 90s, the times started to change. China opened up to foreign investment gave rise to private entrepreneurs. Some of these first Chinese entrepreneurs became Monita’s first clients. 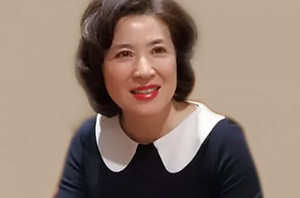 In 1992 she started her own accounting firm, which focused on Chinese relationships. In the US, there were a lot of students willing to start a business in new “entrepreneurial” China. Monita became an adviser to students on how to navigate in the market and think about management and company governance. She worked with companies in their early stage that operated in the tech area. Her clients developed software for the telecom industry, e-banking, gaming, and e-commerce.

However, despite the new innovative products and solutions, the tech companies in the early 90s in China produced very little return. The biggest problem lied in the market – consumers were not ready for tech. People were simply not able to buy a computer or mobile phone. In 2002 Monita made a decision to correct her course and start focusing on more traditional businesses, those that were meeting the demand of Chinese population at the time. For that purpose, Ascend Capital was set up.

Today, after nearly 15 years of work Ascend Capital team consists of people from all over the world – China, US, UK, Germany, Finland, New Zealand. All of them have worked in China and worked with Monita on various deals before.

“These people are very close friends”, says Monita. “In business, trust is everything. I can make the wrong judgment about the company, but never about the people I work with. We are fighting on a battlefield for great companies together.”

Technology in Europe, Market in China

For Ascend Capital, going for foreign companies seeking to expands to China felt natural. The international team with rich connections across industries, insightful knowledge of the Chinese market, promising opportunities for growth, – all of these pointed at European technology companies which aimed to commercialize both in their home markets and abroad. Earlier in 2017, they found 4 companies from Finland to fit their portfolio.

“We have invested over EUR 24 million to Finnish companies. We are the first Chinese VC firm that has invested such a large amount in Finnish companies,” says Mo. “I attended Slush in 2016 and was really impressed with the quality of startup companies showcased in the event.”

To date,  Ascend invested in 4 Finnish companies, 2 healthcare imaging companies – Grundium, and Fimmic, and 2 companies from the automotive sector. The first one is Canatu from Helsinki, which develops and manufactures 3D formable and stretchable films and touch sensors for cars, and Oulu-based TactoTek, which produces Injection Molded Structural Electronics, a technology that can be used in car overhead panels with LED lighting and seamless touch controls.

“When I invest I use cluster approach. One startup can solve one minor problem, but two companies combined can have a bigger impact on the industry. Blending in new technologies into one channel makes a stronger business development case. One company has a lightning technology, while the other develops solutions for dashboards. Together they work complementary and thus more attractive and meaningful for OEM.”

Monita Mo is looking at companies in the Nordics whose products and services can be applied to automotive, healthcare, Industry 4.0 and artificial intelligence domains. Connect with her at ascend-cp.com.

Helsinki Business Hub Investor Talks introduce foreign investors active in Finland. To get on the radar, contact our Investor Services.